Shiria (also written as Syria or Celia) Ootsuka is the Defense Member of Venus and a famous idol and pro wrestler in America. She has romantic feelings for Takeru Ooyama, and pursues him quite openly, much to the chagrin of the males at Tenbi Academy and the other romantic interests.

Shiria is in fact naturally male, leaving her Jingu active almost constantly to remain in her female form as she prefers it. However, outside of the initial revelation, no one regards her as male or thinks less of her for it. Her romantic feelings for Takeru actually increased when he told her he didn't mind, though he was a little upset when Shiria kissed him while male.

Inverse - Shiria's Jingu power allows her to reverse the nature of anything.

Shiria uses her ability to redirect incoming attacks, enhancing her own attacks by throwing weak punches that gets reversed into heavy hitting ones. Inverse isn't restricted to physical means; Shiria can also use it to reverse the mental state of her opponents, such as their will to fight into not wanting to.

The Jingu's limitations are, while no range limit has been mentioned, that Shiria must be conscious about what she reverses. As such she can only reverse things she knows are happening and cannot automatically reverse things.

Shiria almost constantly uses this power to reverse her own gender, from male to female.

While in female form, her Maken is only at 50% strength, as the rest is used to maintain her female form. Upon exhaustion she turns back to her male form. 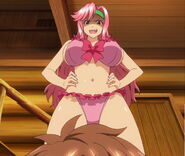 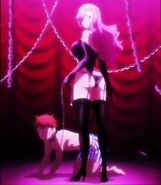 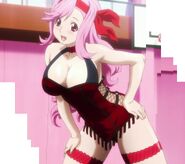 Add a photo to this gallery
Retrieved from "https://makenki.fandom.com/wiki/Shiria_Ootsuka?oldid=10298"
Community content is available under CC-BY-SA unless otherwise noted.